Visiting the States? Watch your portion sizes and bring your power strip

So, yes, it's been a couple of months since I have blogged... I took some much-needed time off after a whirlwind spring. Like many inhabitants of MCAS Iwakuni do during the summer months, I headed back to the States to see family and friends... in four states. Yes. Four states. There was a lot of traveling. And a lot of base inhabitants also have this in common, as family and friends are often scattered around the country. As much fun as it is, it's also exhausting and it pays to be organized and to take perks when you can get them. Here was my experience this summer, with some words of wisdom (so to speak) scattered in to help out others who may be making trips back home.

Sometimes an airplane upgrade is worth the money... or the tears. 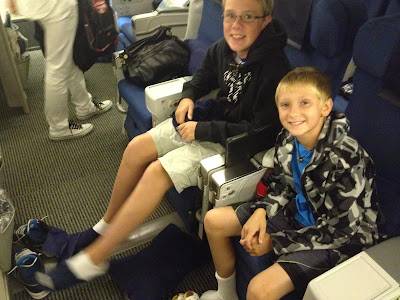 Now, to clarify, I did not pay for this upgrade, it was bestowed upon us by a benevolent ANA employee who was checking us in to our flight back to Tokyo as my youngest son cried in his grandmother's arms because he didn't want to leave. (The spouse also got an upgrade when he flew back alone earlier in the summer on United. Upgrades for active duty military members flying alone are fairly easy to get, just ask.) But the upgrade from economy to premium economy, especially if you can get a bulkhead, like we did (there may have been a reason: my TV was stuck and wouldn't come up out of the seat, but I didn't plan to watch Japanese shows anyway), it is well work the price of admission. 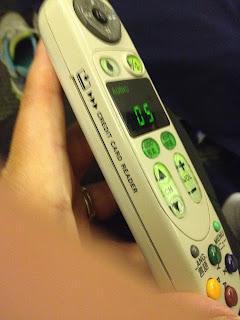 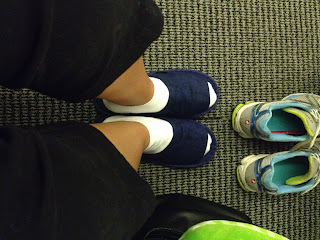 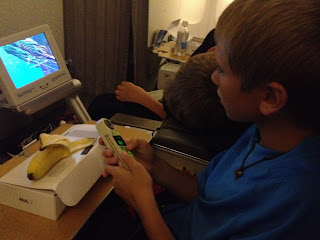 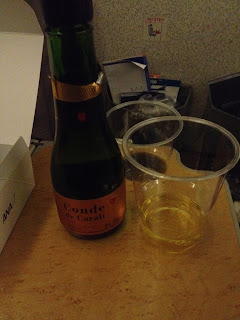 Extra leg room, slippers, an elevated foot rest, TV remote (good only if your TV is accessible to you) and free sparkling wine. Yes. Free sparkling wine. Which did wonders for knocking me out to sleep for 5 hours of the 10-hour flight from LAX to Tokyo Haneda. These seats also had electrical outlets (I also carry a power strip with me in my carry on so that if there are a limited number of outlets, we can 1) power all of our devices with one available plug and 2) can offer charging space to others needing it as an offer of goodwill... this is often greatly appreciated by fellow travelers and resulted in an extra bag of pretzels once), which my kids took advantage of. It was one of the best flights I have ever been on. Not to mention ANA is a Japanese carrier and customer service is superb.

I also recommend any flight that can get you straight to the Haneda airport, rather than Tokyo Narita. From Haneda, you can fly directly in to the Iwakuni Kintai-kyo Airport, which is next to the base. If you fly in to Narita, you have to take a bus to Haneda (60 minutes and about $25 per person) or you fly from Narita to Hiroshima (about a 1 hour and 45 minute drive and about $50 in tolls). Our flight left LAX at 1:20 a.m., but it actually worked out because we slept at a relatively "normal" time and arrived in Tokyo at 5 a.m., which was a relatively "normal" time to wake up. I do think it helped with the jet lag, although the kids and I are still sleeping a lot three days later. We may just be recovering from our busy trip, which leads me to my next point...

Don't try to go and visit everyone on your list... have them come to you or meet as many people as possible at one time in one place.

One of the gripes that many military families have is that when they go home, everyone wants the family to go see them. That means the military family has to find transportation and then travel more hours on top of what they have already traveled. Tell your friends and family that if they really love you, they will GO to see YOU where you are. Better yet, wait a few days after you arrive (so you can get acclimated to the time difference) and then have a family/friends reunion potluck barbecue. That way everyone can see everyone and the military family can stay in one place and use the time to enjoy everyone's company. And hopefully grandma will bring her famous chocolate pie. If that doesn't work, which, as I said, many families are scattered across the country, gather in as few groups as possible. And military families: Don't be afraid to say no to extended family members or friends who haven't bothered to keep in touch while you were gone. It's OK to have quality time with the people who matter. 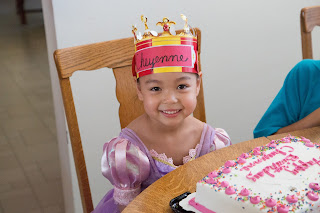 Take advantage of your location... get out and see stuff.

Of course, you hear this a lot while you are living in Iwakuni... there are a lot of services provided by the base that encourage you to get off base and see your host country. Until I got to Iwakuni, I never realized how much more of an effort I made to get out and see stuff "before we move back to the States." It has now encouraged me to go out and see and appreciate more stuff in the U.S., especially since the States is so diverse.

In Illinois, I enjoyed the slower pace and animal friends rural life offers: 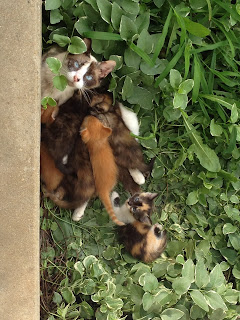 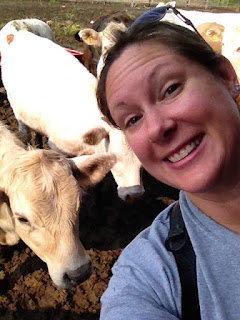 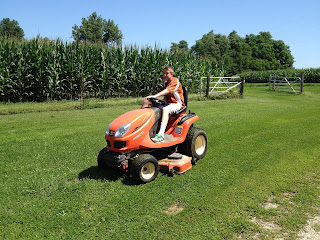 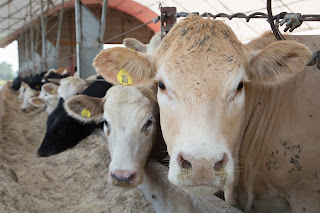 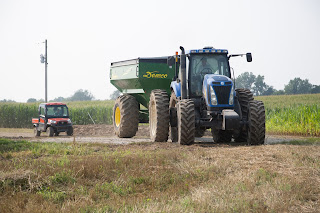 As well as some of the cultural stops, like the Lincoln Museum in Springfield.

While I don't have photos, I visited Iowa City, Iowa, for a couple of days to visit my sister-in-law. I've never been in such a huge college-oriented town before. I seriously felt out of place since I didn't have any black and gold gear. The university town center, famers market and resale shops were a lot of fun.

The day after we flew from Illinois to California, we had an unexpected trip to Las Vegas. Believe it or not, I did not gamble at all... but there was still plenty to do. The Mob Museum and the aquarium at the Silverton Casino were worth visiting. I also enjoyed the many antique shops Vegas offered. 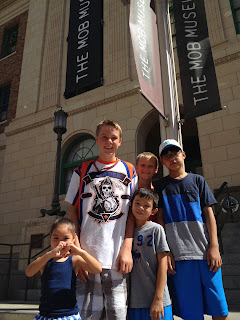 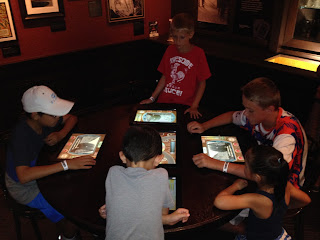 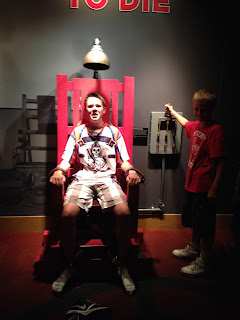 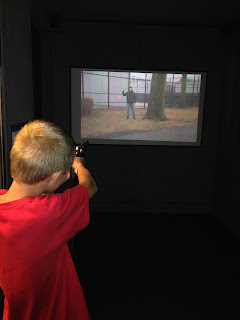 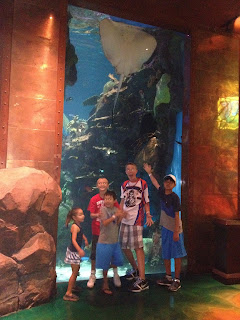 In California, we enjoyed the sunny (but, unfortunately, drought-filled) weather in Laguna Beach and at Disneyland and California Adventure. In Laguna Beach, there is the small  Pacific Marine Mammal Center, which takes sick and hurt seals and sea lions and rehabilitates them until they can be rereleased. Admission is free, but donations are appreciated. 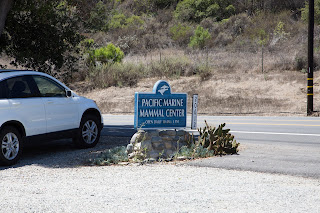 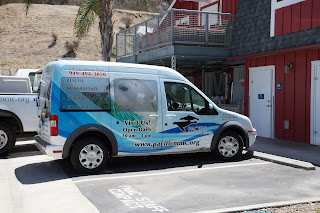 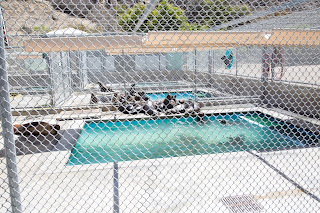 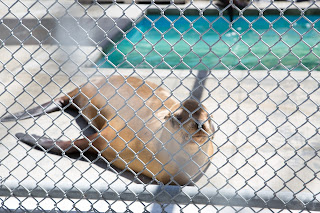 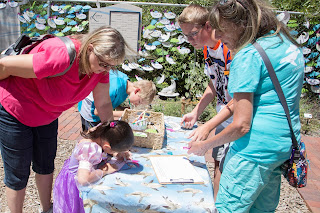 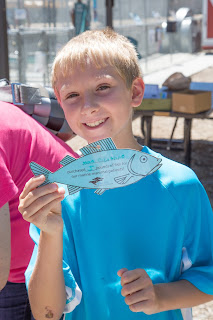 We also went to the Sawdust Festival, one of the long-time art festivals in the area, and had a great time. There a number of arts and crafts opportunities for kids, too. And military families can get up to four people in for free with ID. Kids 5 and under are free anyway. 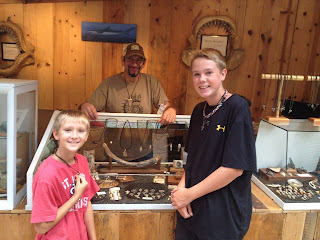 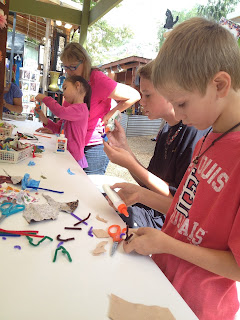 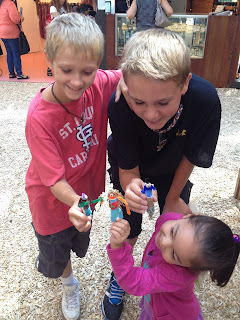 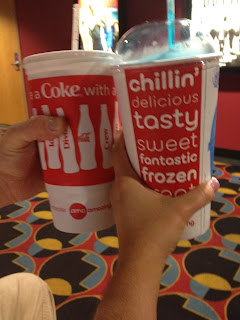 I have big hands for a woman, so keep that in mind as you gaze on this image... this was a large Slurpee at an Illinois movie theater. Large. Not extra large, not Super Duper Big Gulp, just a large. After living in Japan for three years, it becomes apparent how these American portion sizes are simply ridiculous. I couldn't finish it. And I really didn't need to.

I once had an extended family member make reference to how financially well off our family must be since the spouse is in the military. I think I snorted iced tea through my nose before I asked him what pay chart he had been looking at. Military (especially enlisted) spouses have cultivated a certain level of skill at stretching every dollar the military member of the household earns, since most families are what I would call "lower middle class." Contrary to my previous post about how some military families feel exceptionally entitled to free stuff and deals simply because a member of the family serves in the armed forces (this where the jerk part comes in), many places in the States offer military discounts and privileges, and help in stretching each dollar. I took advantage of four of these while I was home:


As mentioned, military families can get up to four free tickets to the Sawdust Festival, with any military ID, including dependent IDs. 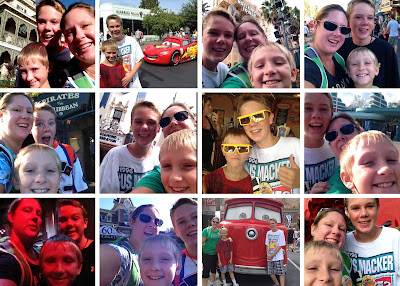 Disney tickets are nearly $100 for an adult for one day. If you get your tickets from ITT (information, tours and travel) on any base (I went to Camp Pendleton), you can get the Military Salute 3-day park hopper ticket for $130 per person. And you can get up to 12 of these with a military ID. I was at Disney way more than I wanted to be, and still had to pay $17 a day for parking, but the kids had a great time. It helps that my parents only live 20 minutes away from the park, so we didn't have the added expense of a hotel.

We all shop like mad for certain things we can't find in Japan when we are in the States. Home Depot offers a 10 percent discount every day for military card holders.

The large, square, flat-rate shipping box is $2 cheaper when shipping to an APO or FPO address. And any weight ships. So, if you buy some small, heavy things you don't want to haul around in your suitcase, (most international flight carriers allow you two checked bags of 50 pounds or less, a carry on and a purse) this might be a smart option for you.

Get rest when you can 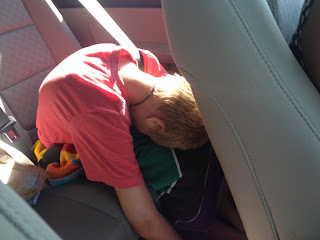 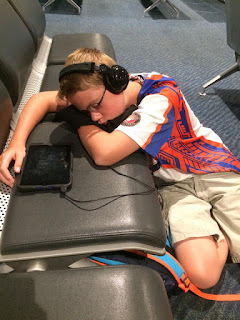 Realize that you will be tired... and it sneaks up on you. I'll be going fine all morning, and then right after lunch, I start nodding off while chatting with my mother (not a normal response for me). So be sure to get plenty of rest before you start driving or you might end up freaking out a poor van driver before you realize you are on the wrong side of the road. Not that that actually happened...


So, in conclusion, I hope this helps fellow military families returning home to the States for visits. I'm sure you have your own travel suggestions. Feel free to add them in the Comments for others to read.
Posted by Jessica Guthrie at 6:37 PM No comments: