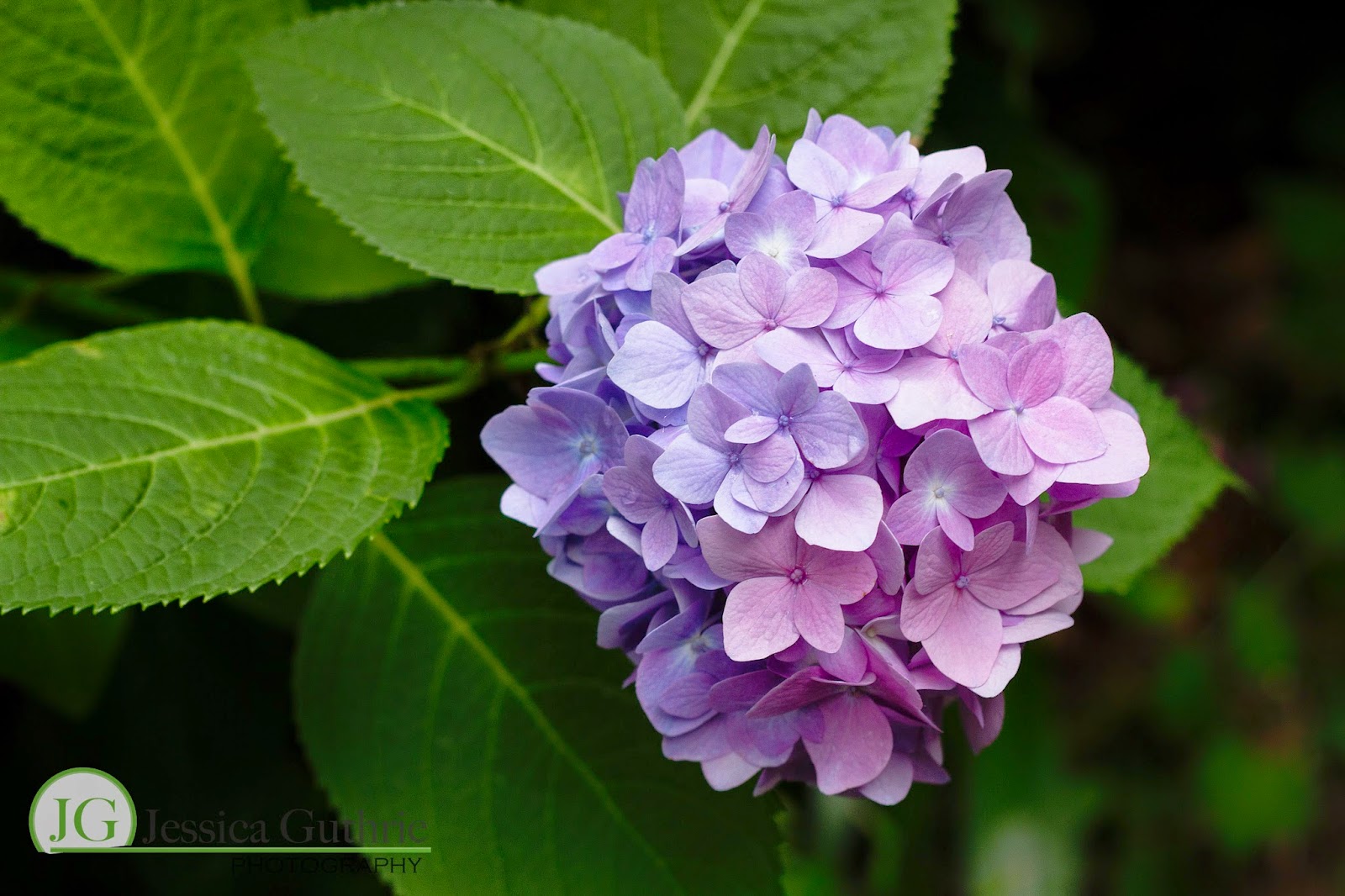 June in Japan means the deluge of the rainy season... as well as the bloom of the "water flower," hydrangeas. The place to go and check out a variety of gorgeous hydrangeas is the Todaiji Temple Annex in the Amidaji Temple vicinity near Hofu (about an hour and 15 minutes from MCAS Iwakuni... Google maps pin compliments of Iwakuni Explorer).


The entrance fee to the temple on the Wednesday before the annual weekend festival was 200 yen (about $2)... and the sights were well worth the price of admission. And, as the season implies, it did pour rain as we were leaving the temple, but not before we were able to spend an hour strolling and climbing through the area. 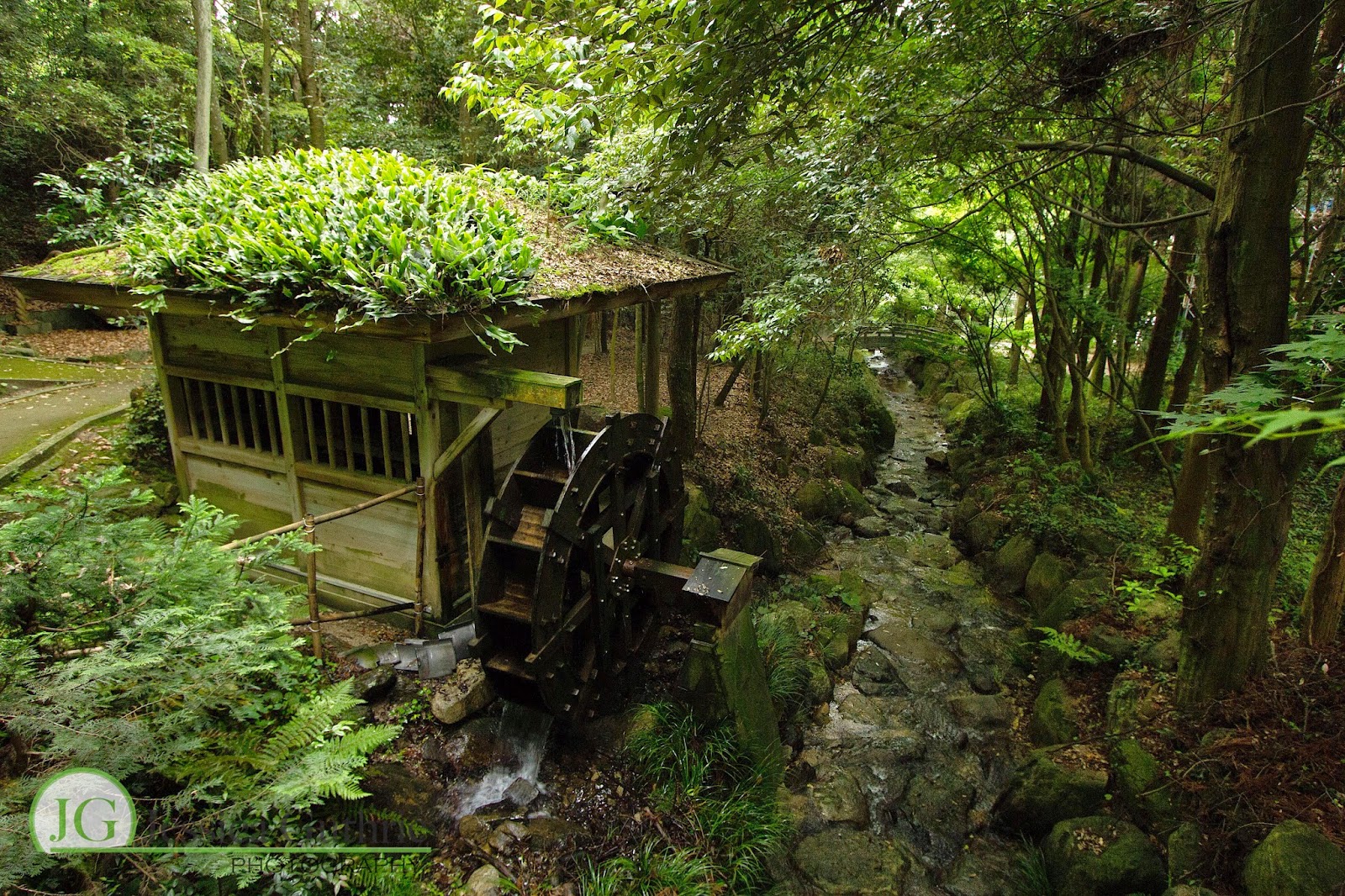 And, here are the flowers and creatures I found along the way, up close and personal: 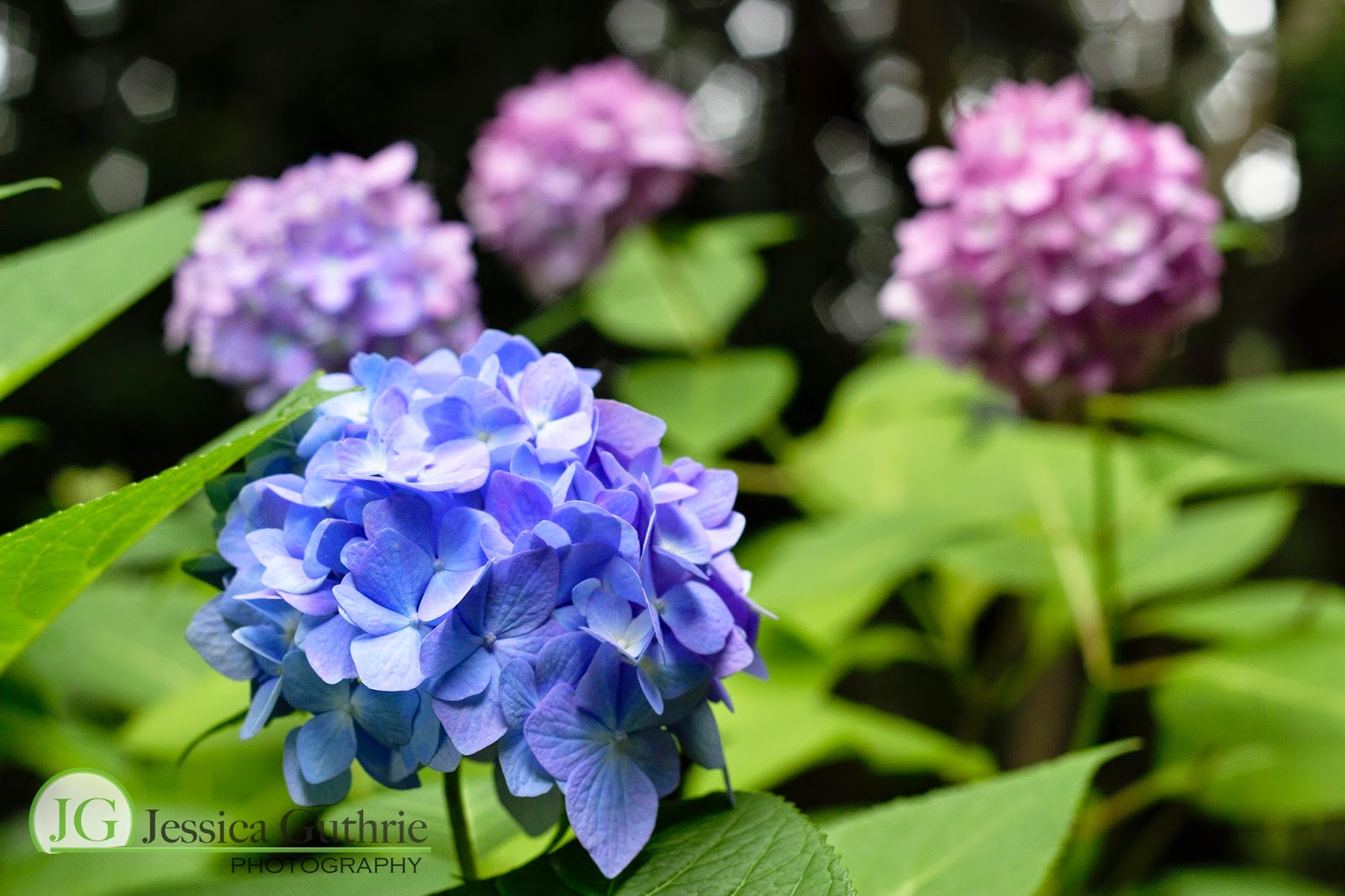 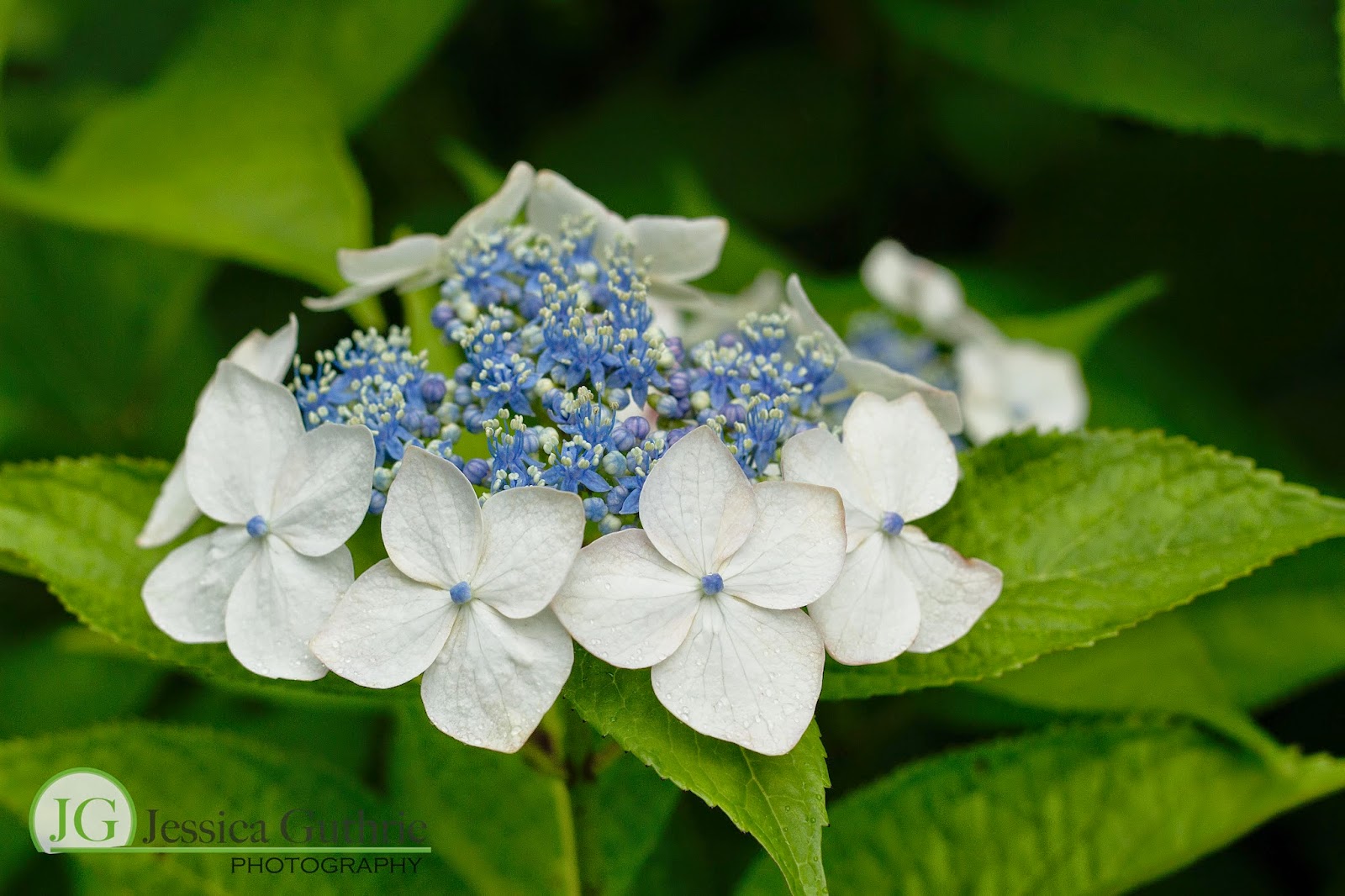 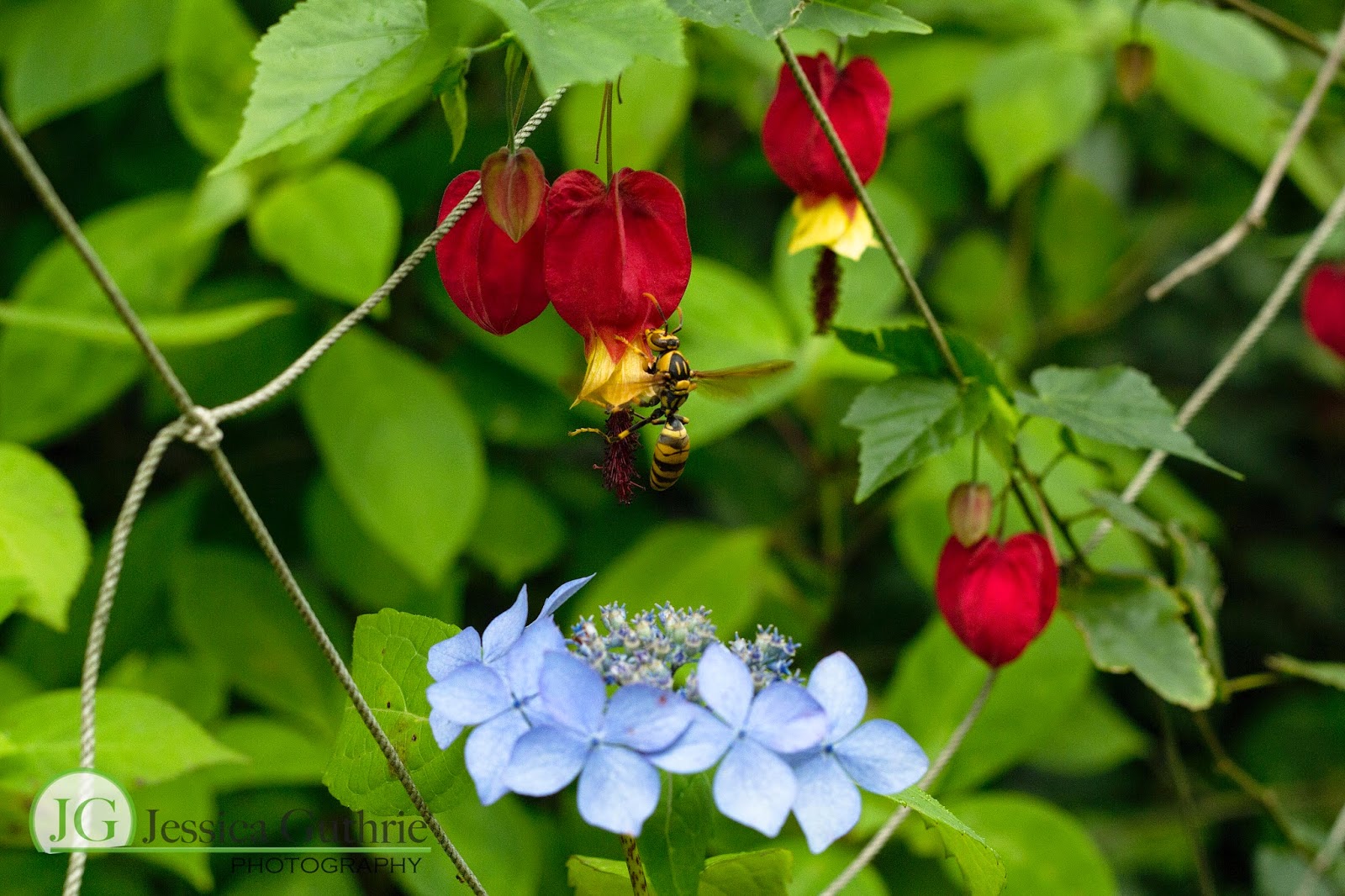 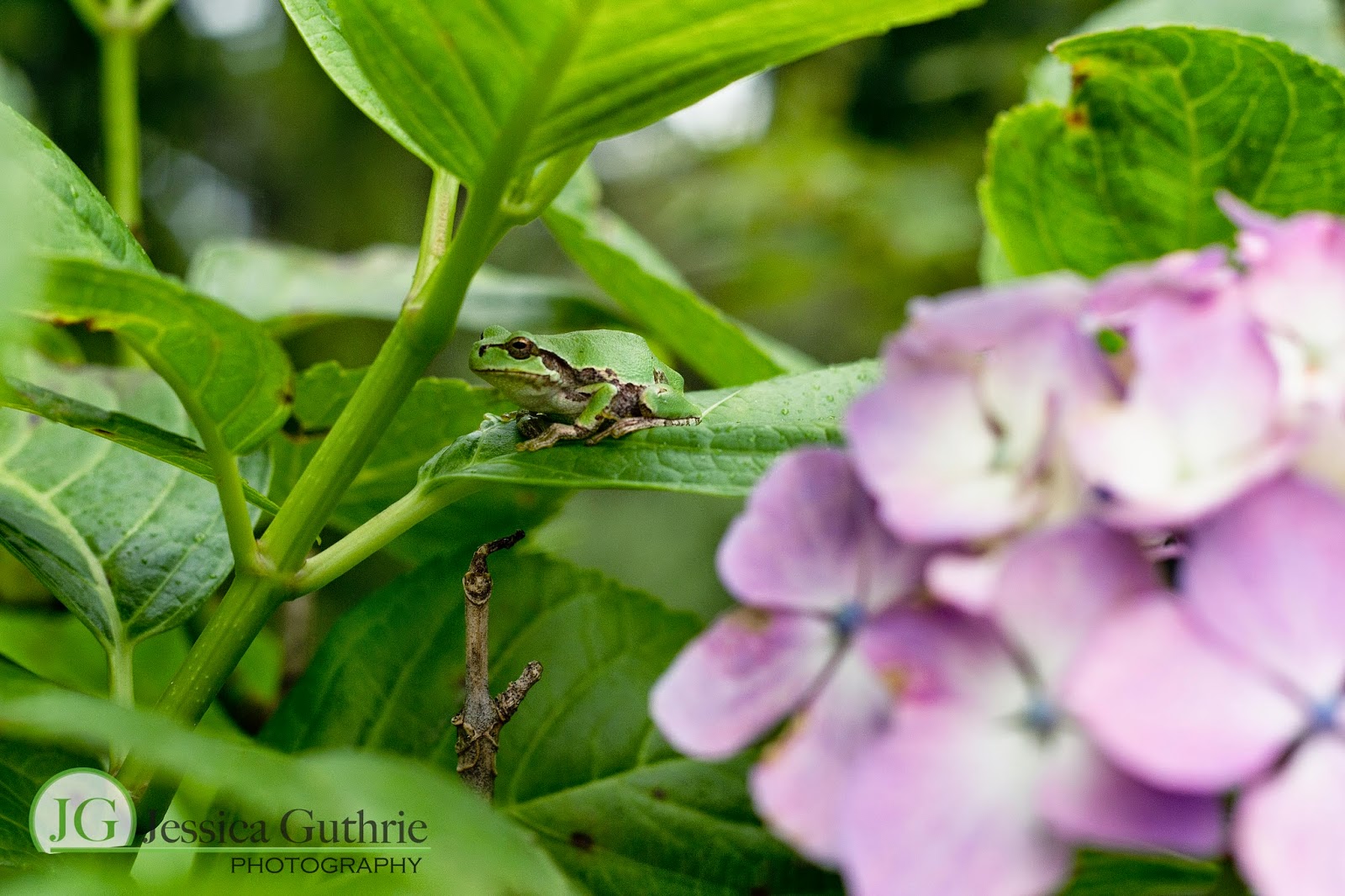 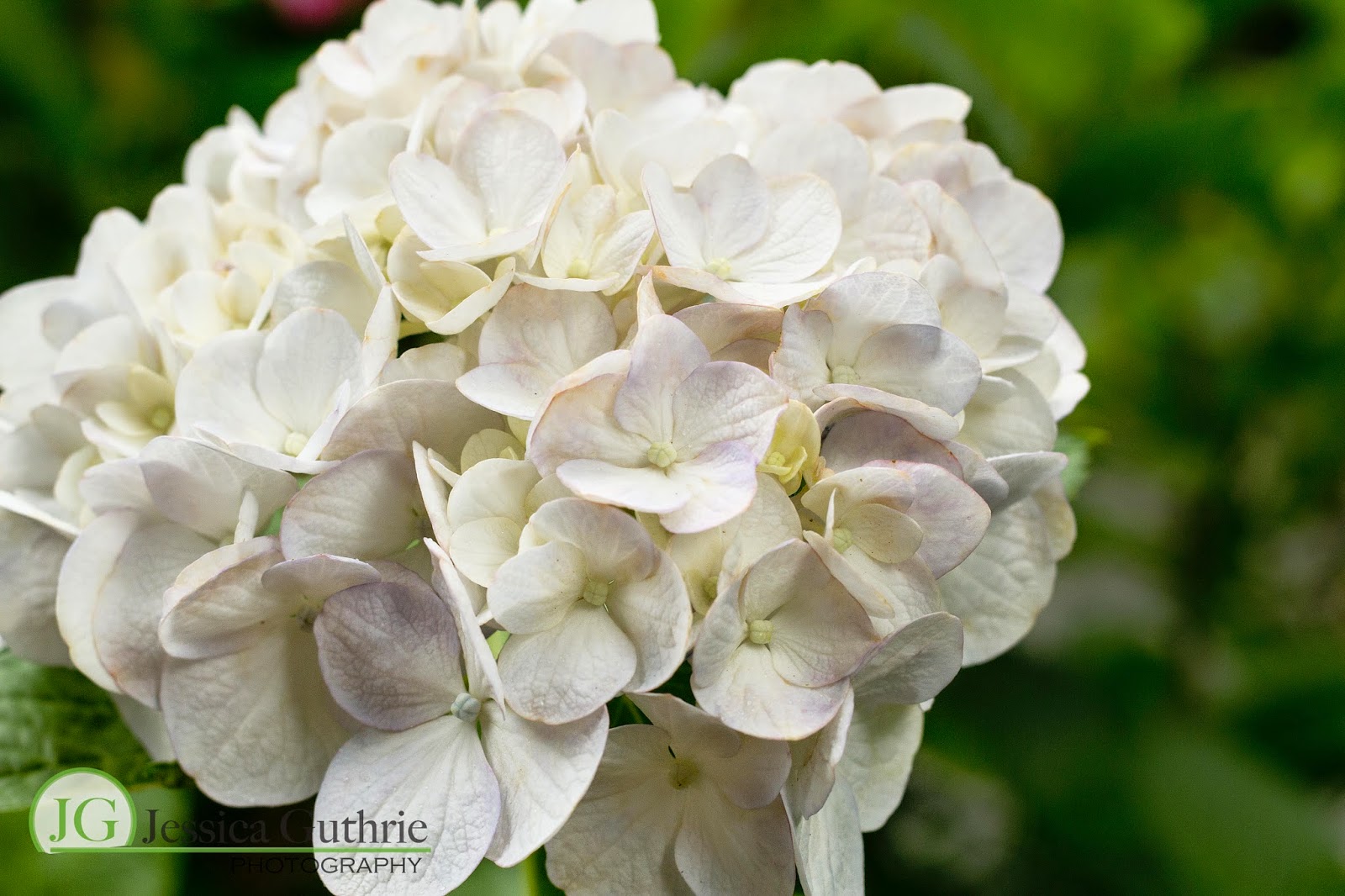 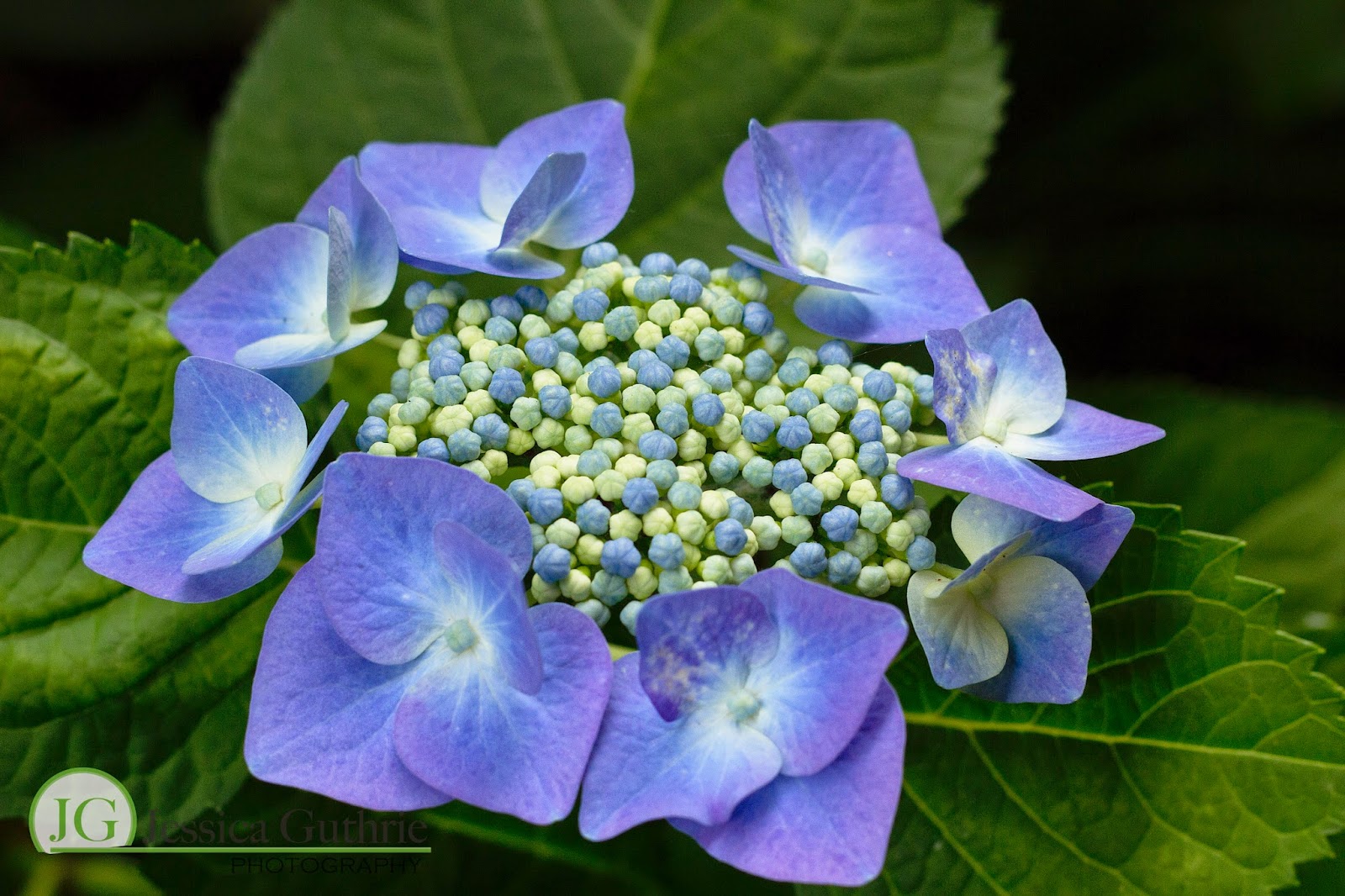 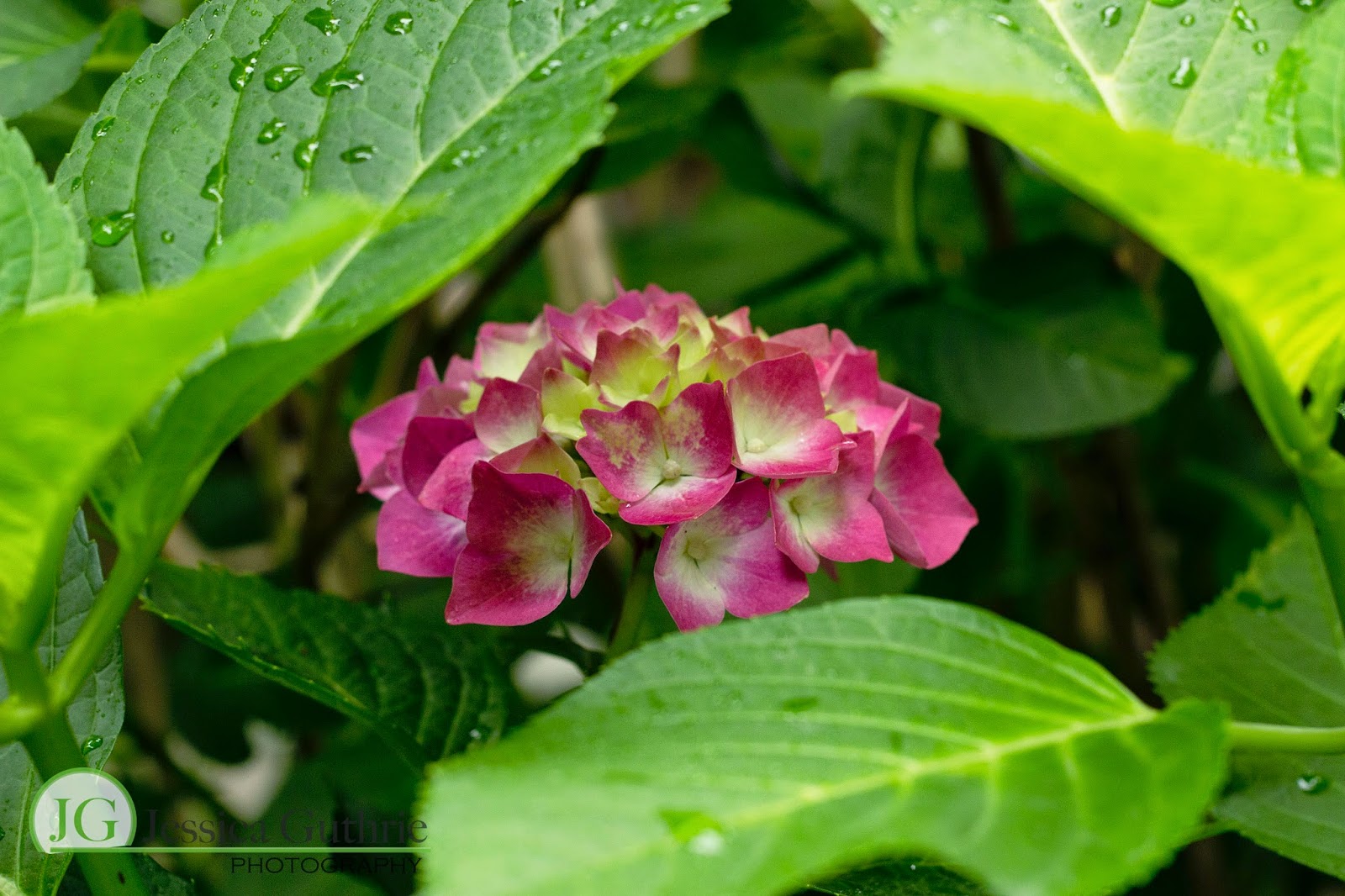 As you leave the temple, there is a small nursery full of different varieties of hydrangeas for sale. I bought a standard blue hydrangea (500 yen), and one of the more unusual varieties: the Dance Party hydrangea (1,000 yen), below: 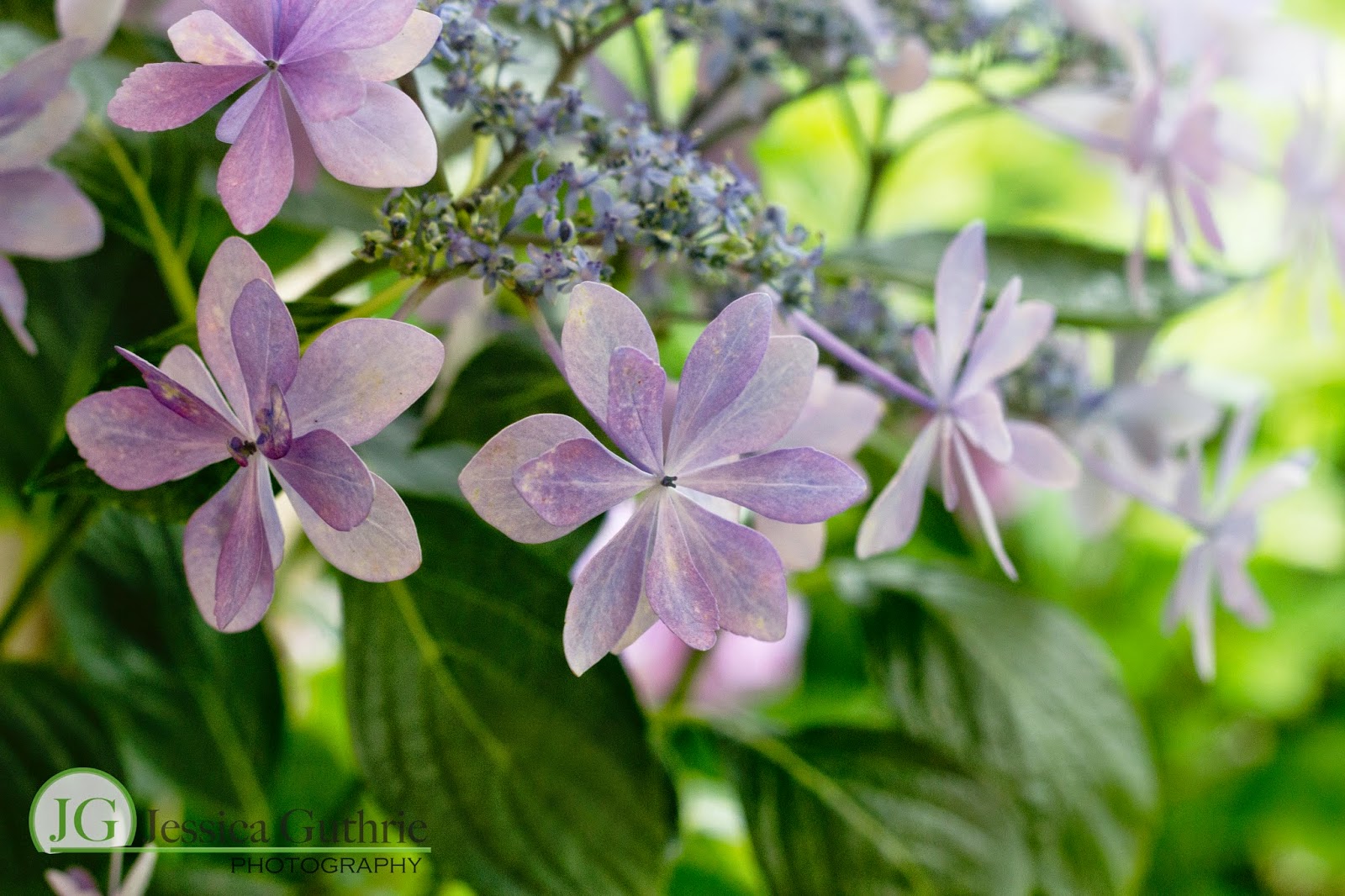 There was also the Wedding Bouquet variety available: 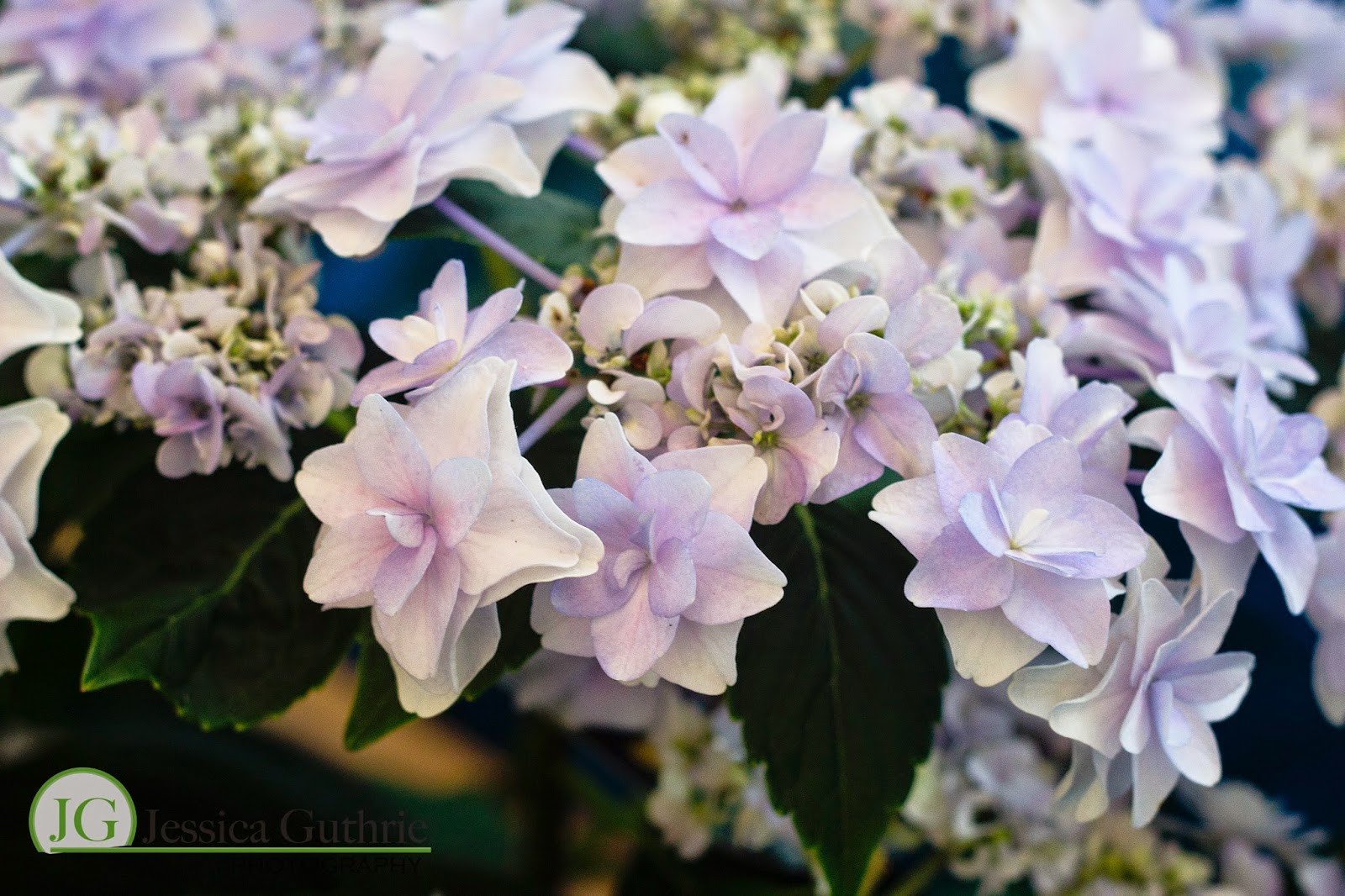 While the majority of the bushes were not yet fully bloomed, the grounds were still beautiful, especially if you love green foliage like I do. Word of warning: wear sturdy shoes, as there are a number of stone steps and muddy areas.
Posted by Jessica Guthrie at 12:42 AM No comments:

Japanese adventures that are like peanut butter and jelly...

So, I realized today that I haven't posted in about two weeks. I apologize... I have been busy doing stuff away from home and my computer. And in the midst of doing stuff away from home and my computer, I have encountered some things that I never thought would go together like peas and carrots, to quote Forrest Gump. Or peanut butter and jelly, to quote my son. Or like beer and softball, to quote the spouse. Regardless, here is my recent list of things that go together like iced tea and Sweet N Low: 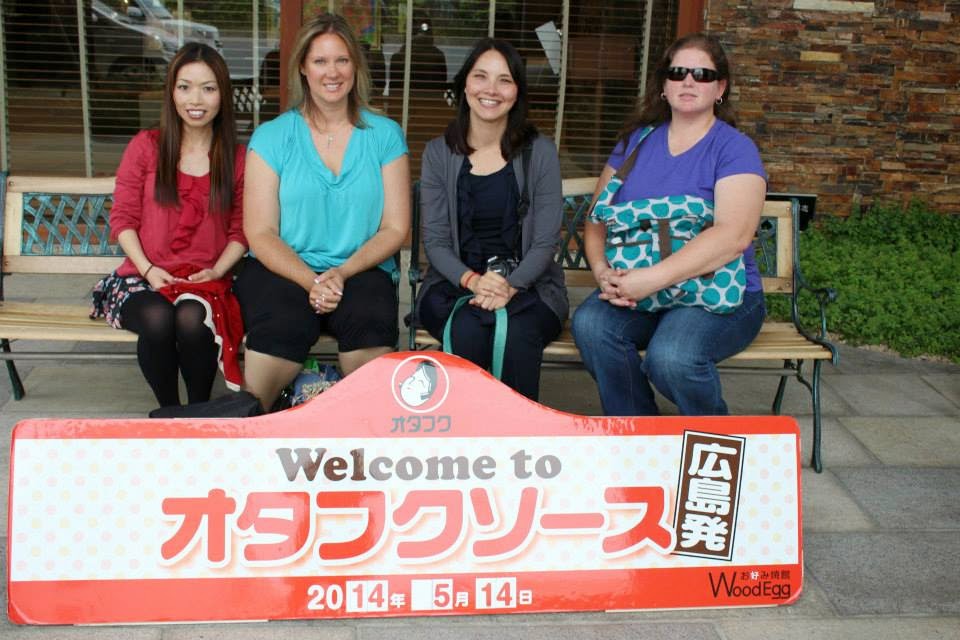 My Japanese friend, Chie, invited to me to a special event at the Otafuku sauce factory in Hiroshima. We had already been to this factory once, to tour the facility and learn how to make okinomiyaki. You can read about that here. This time, there was another little twist: Instead of a factory tour, we got to make okinomiyaki with the Harajuku no Haha, or Mother of Harajuku. She is a well-known Japanaese fortune-teller based out of the Harajuku district in Tokyo. While we munched on Hiroshima-style Okinomiyaki (yes, there is more than one style for this dish) we learned how to decipher what number we were, 1 though 9, based off of our birth dates. I am a 2... I am independent, direct, headstrong, intellectual and don't like to be restricted by unnecessary guidelines or rules. Yes, yes, yes, yes and absolutely, yes. I am definitely not the one who chose to enlist in the Marine Corps, which I am sure is not a surprise to anyone who knows me. 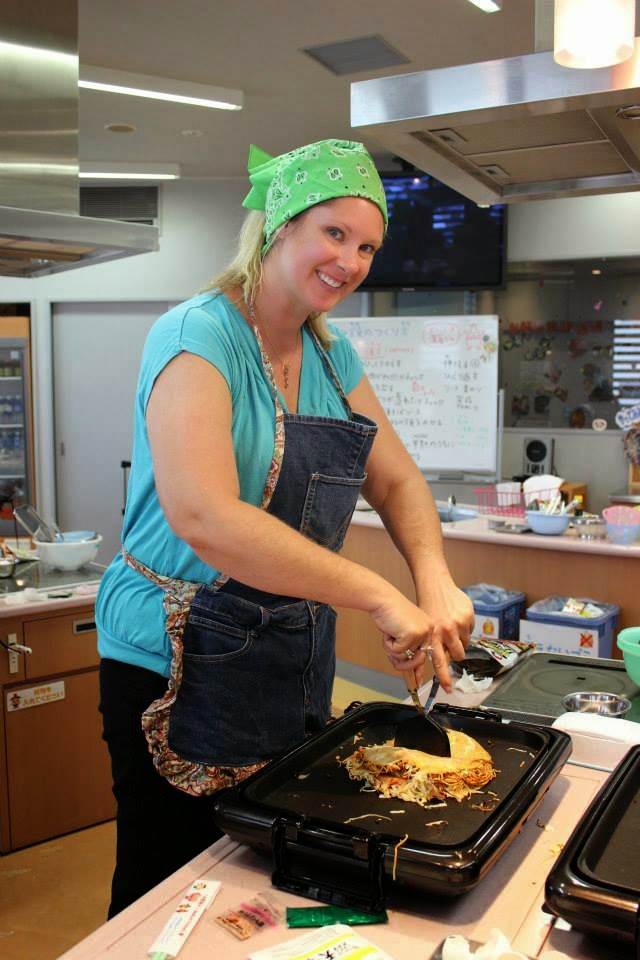 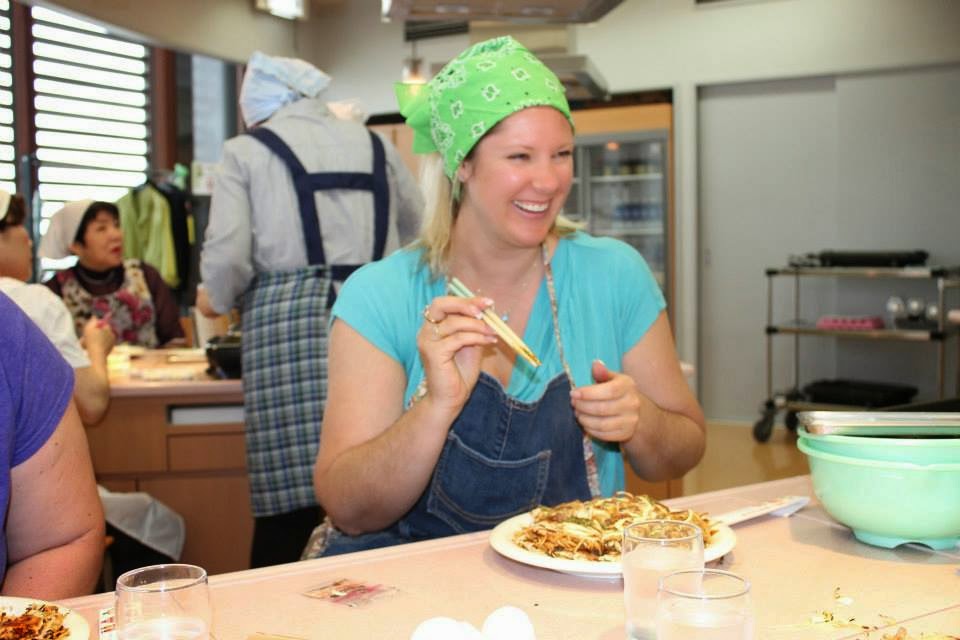 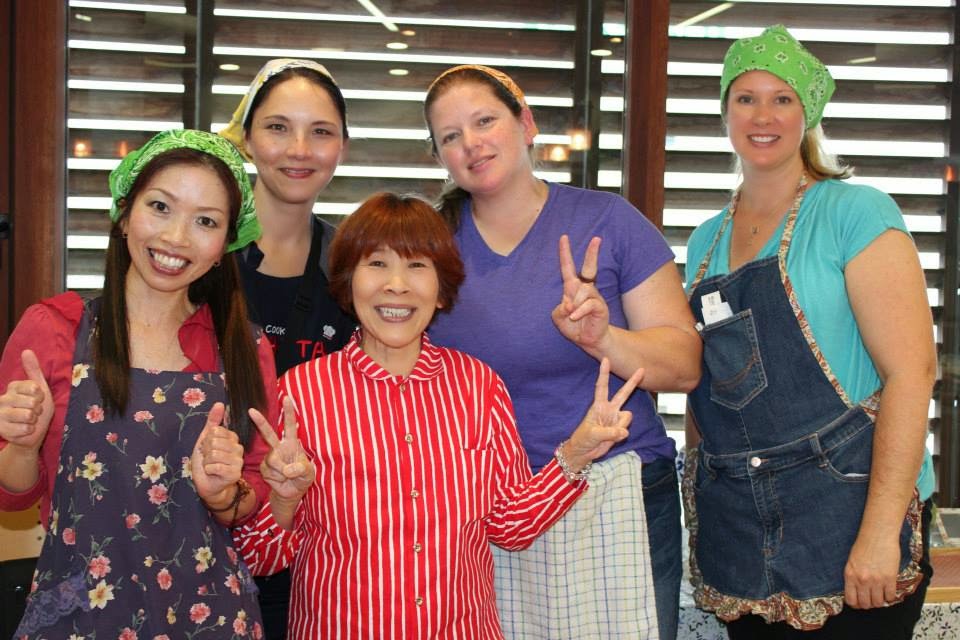 The little lady Haha went on and I made notes on the numbers that defined my immediately family members: The spouse is a 4. He has the personality of a man (I guess that is a good thing...), likes to challenge himself, and, once he gains confidence in his ability, he will absolutely succeed. The oldest son is a 7... he knows what the does and dosen't like, and doesn't do the things he doesn't like... like read. He needs something to focus on, and making a goal for the year is a good idea for him. Like reading a book a month, or something. The youngest son is a 1. He needs to make sure he networks and doesn't become too much of a homebody. And since he is already 8, we better get started on his networking skills... I don't want him to become a recluse cat man.

Shrimp and soybeans... as a potato chip. 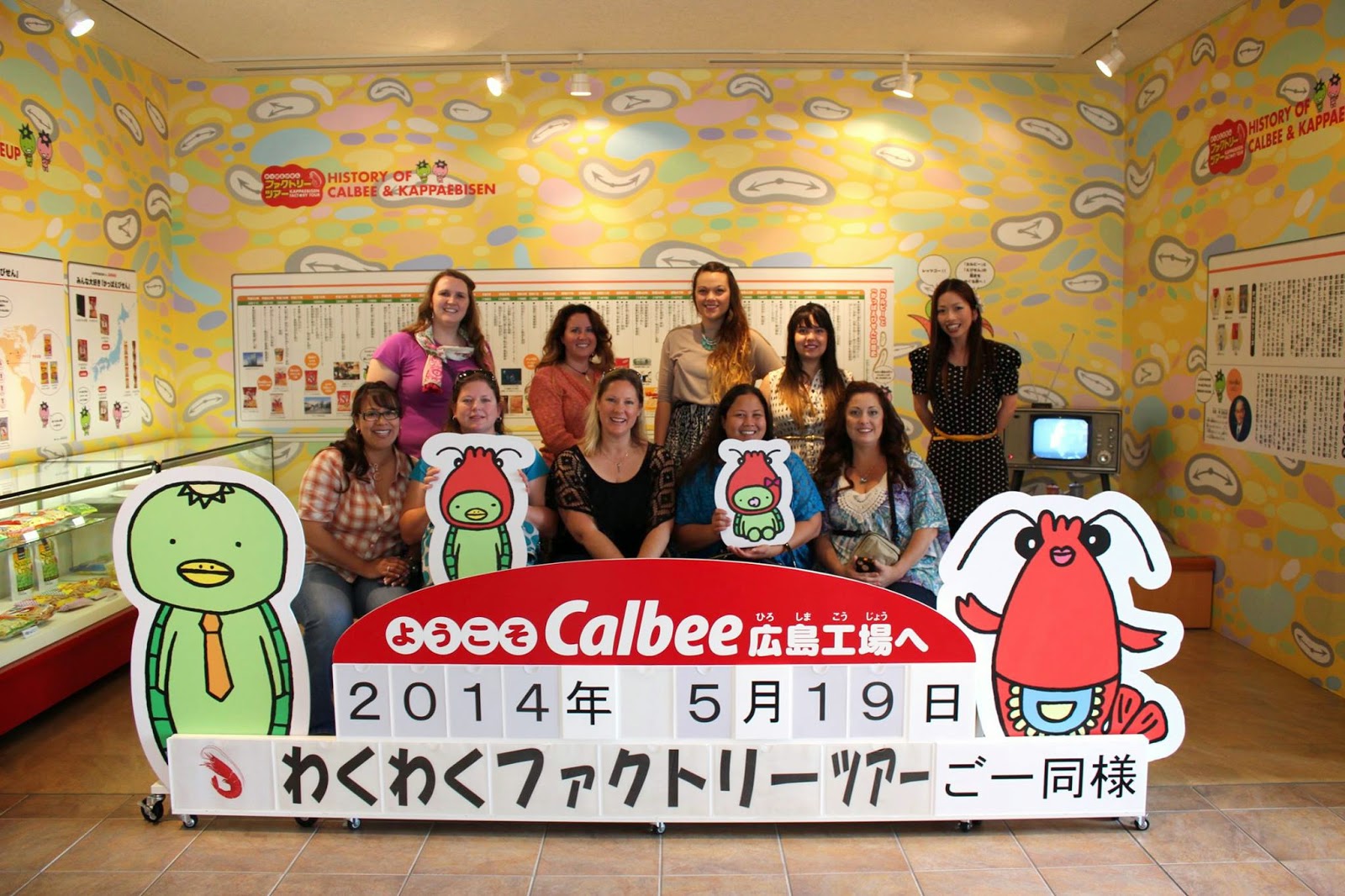 A group of ladies toured the Calbee Chip factory (think Frito-Lay in the States) in Hiroshima last month. This free tour was a lot of fun... and tastier than I expected. We weren't allowed to take photos of the factory process itself, but we did get to taste a couple of the chips, most of them flavored with shrimp, among other things. I was surprisingly a fan of the edemame (soy bean) flavored chips, which were in the shape of bean pods. And, like any good factory tour, they sent us home with a bag full of tasty treats... which the kids consumed... except for the soybean chips, which I ate in one sitting. Don't judge. 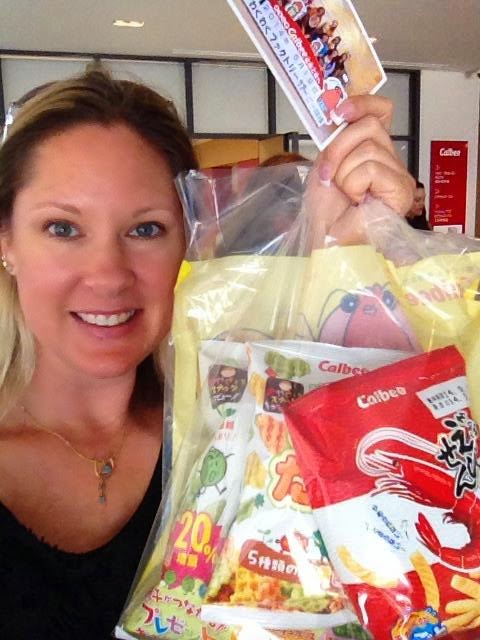 When Chie told me she had found an adventure that included pottery and pizza making, I was sold. Sounded like fun... albeit a little disjointed. I imagined spinning pepperonis on a wheel and turning them in to ninja stars, pelting people across the room with them. Immature, I know, but it made me laugh. But any time I can throw some mud around and eat pizza, I'm a big fan. So, we headed out to north Hiroshima to the home of a married couple who happened to be artists. She creates ceramic works and he is a painter. 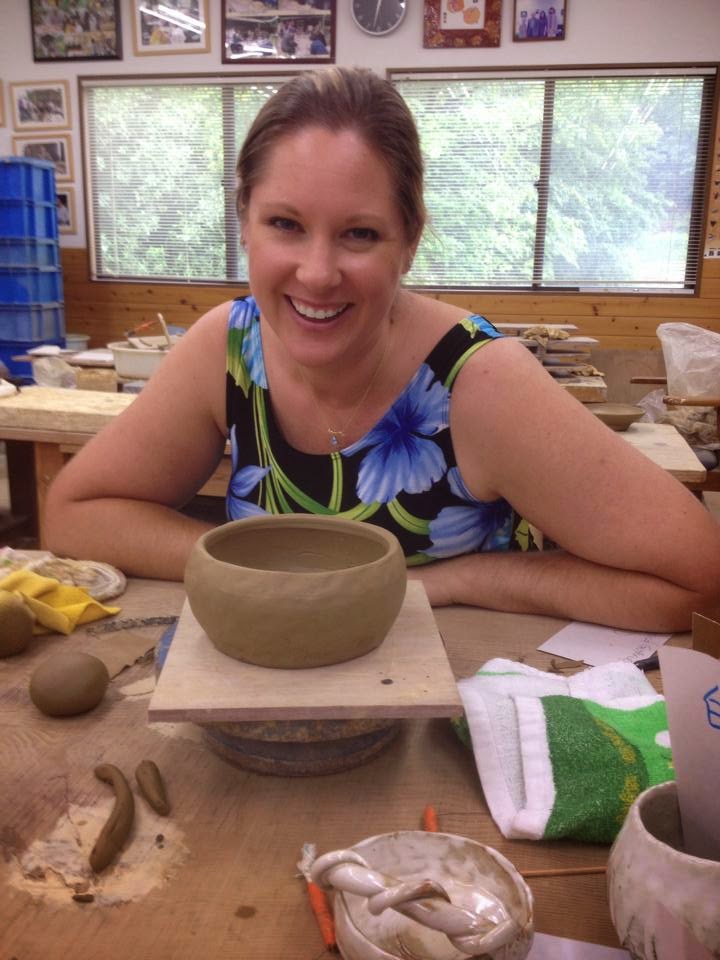 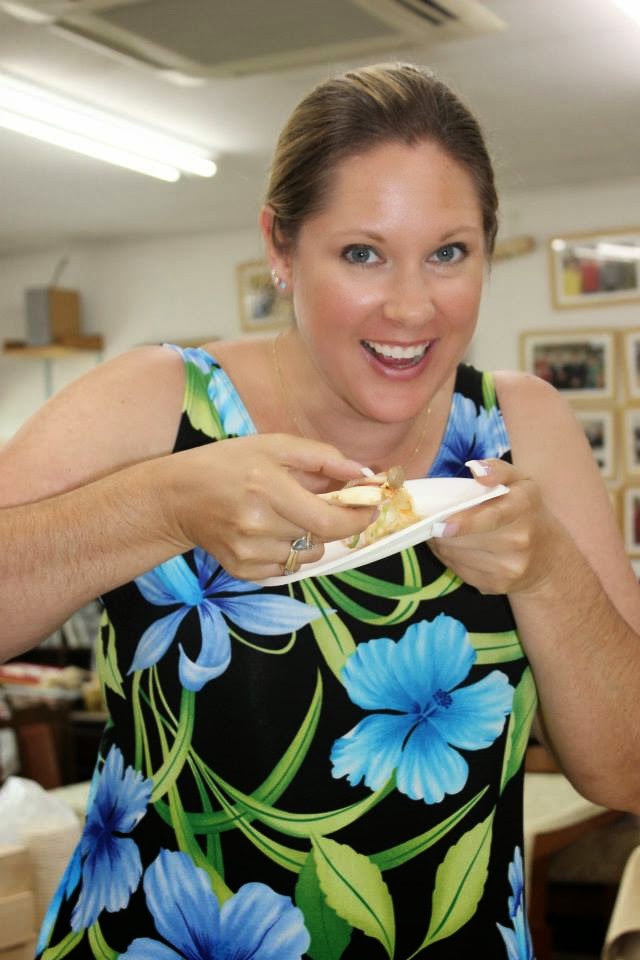 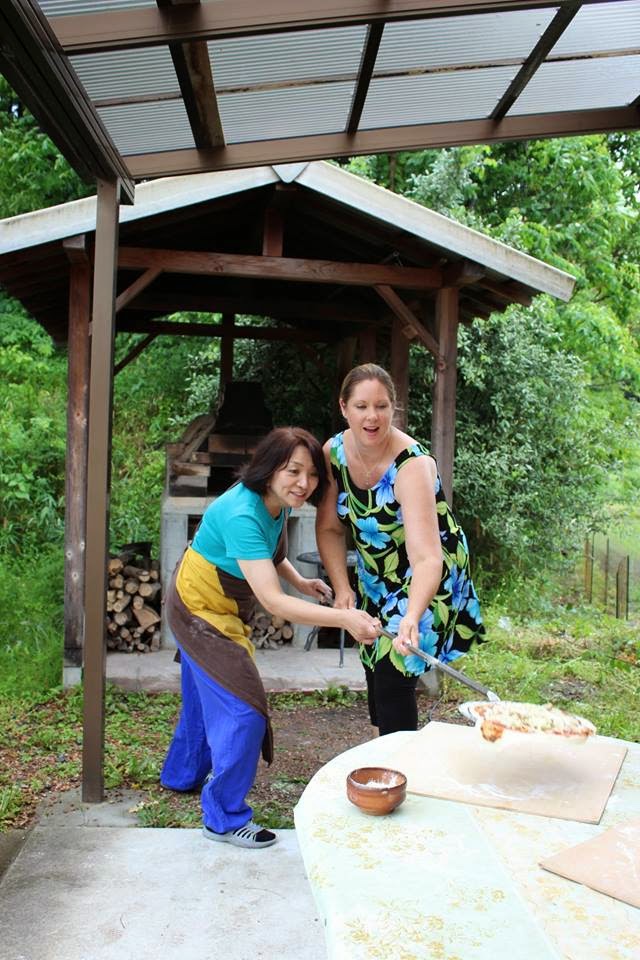 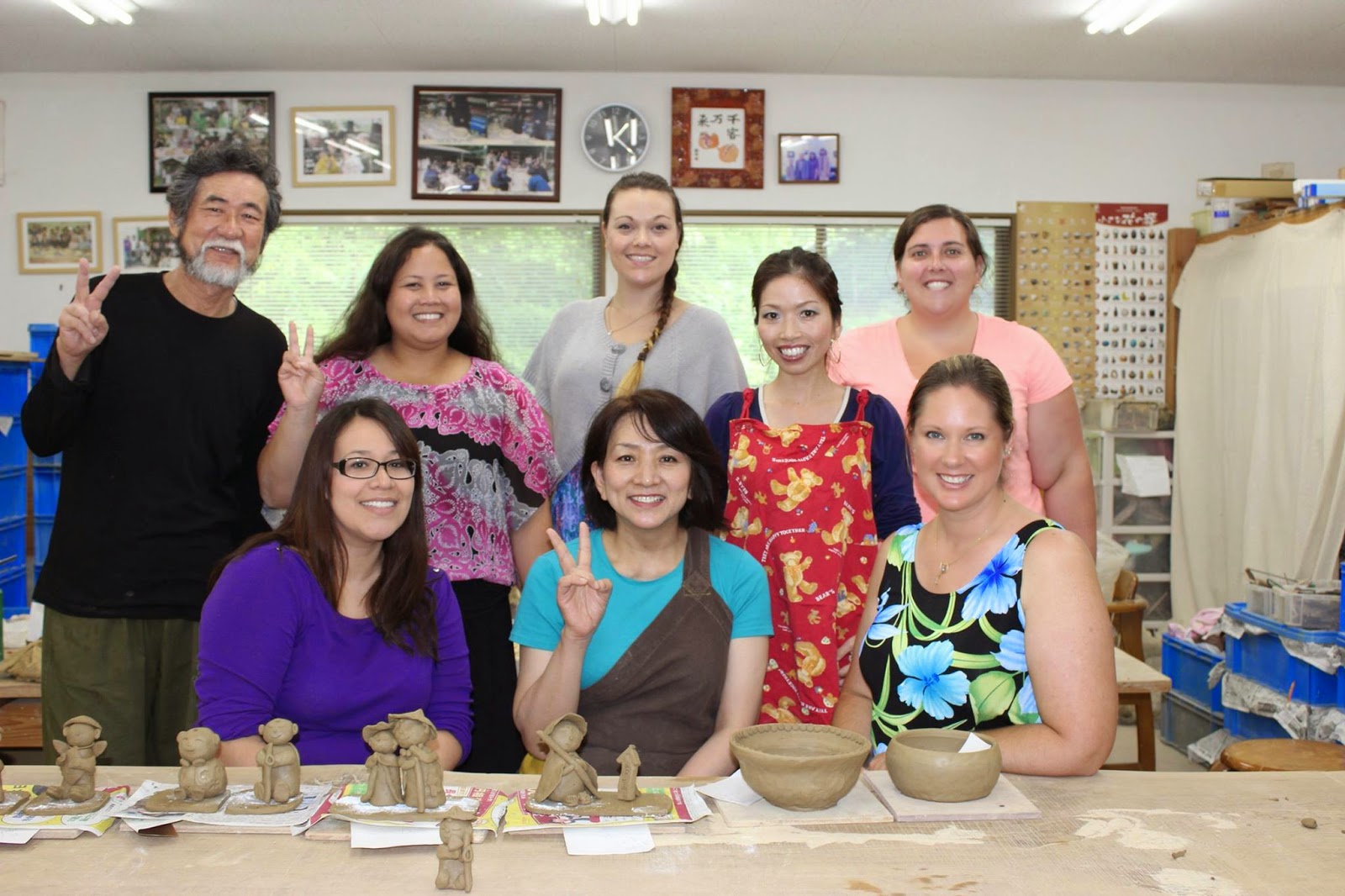 And pottery and pizza were excellent compliments to each other... kneading pizza dough is a lot like kneading clay... but a lot tastier when you're done!

P.S. - The majority of these photos are compliments of my friend Chie... thank you!
Posted by Jessica Guthrie at 12:36 AM No comments: