Saturday shopping with the locals...

After being largely holed up on base since I got here, I was starting to get a form of cabin fever, I think: Loss of focus, irritability (more than usual, anyway!) and just general stir-craziness. I was cooking, which is not usually something I enjoy, vacuuming and mopping floors that didn't really need it, going to the grocery store for just one unnecessary thing just to get out of the apartment, etc. The spouse, in the name of safety and caution, had guilted me in to not taking our borrowed Toyota Surf out in town again ("It's not ours, what if you wreck?"), and the Iwakuni base is only 6 square miles, some of that being the flight line and other "official business" areas I can't access. Of course, I know I need a balance to my adventure-seeking side that occasionally, maybe just borders on slight recklessness. But, really, is driving 35 miles per hour with 20 years of driving experience with appropriate seat belts on really reckless? I'm voting "no."

Fortunately, it did not come down to votes. (I would have won, anyway, because the kids wanted to go back to the daiso (Which is what the Americans call a "100-yen store." It''s basically the Japanese equivalent to an American dollar store, like Dollar Tree. But everything in it actually costs 105 Yen. That's about $1.34. I will have a whole blog post on diasos soon, so stay tuned.) and would have voted in favor of my cause!) We got our "family car" Friday evening while the kids and I were at the movies seeing the Batman movie. The spouse's safety excuse no longer applied. Besides, he was laid up after some minor toe surgery (he is fine, just a frustrating patient. Or maybe I am an easily frustrated nurse), so there was nothing he could really do about me leaving, aside from running after me with his bandaged feet. 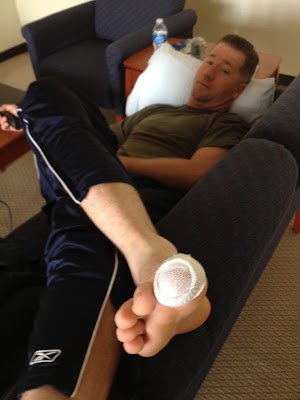 Needless to say, Saturday was a VERY busy day for me. I finally had a car so I wanted to go out in town to explore... and to look for a lamp shade. Apparently lamp shades are as elusive as marshmallows around here. So we got to have a good look at the new car, right before I took it off base to do some shopping. (If you haven't read about our car shopping last week, click here.) Here are some of the features we noticed:


So, in honor of my safety-loving spouse, I took a spin around base to get used to the steering, brakes and other features. The driver's controls are the mirror opposite of what I am used to with American cars, since the driver is on the right. I shift gears with my left hand and the windshield wiper controls are on the left. Luckily the gas/brake pedals are the same! Once I had taken a lap on base, it was time to venture out of the gates!

First stop: The Japanese craft store I had had my eye on since we got here, Tokai, which seems to translate to "Craft Heart." 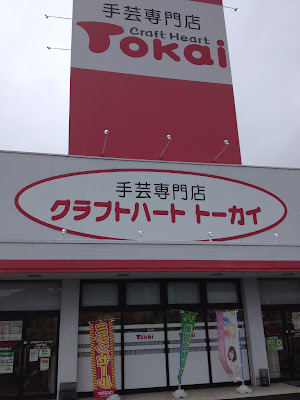 There was not a lot of papercrafting supplies. This store was devoted mainly to sewing and stitching, but there were still plenty of great ideas to be had. For starters, there was a small collage section with stamps,  bits if paper, stickers and some 3D embellishments.

The next stop was You Me Town, the Japanese Target-like store. As mentioned previously, I was on the hunt for a lamp shade. There was a huge clearance sale going on, but, sadly, no lampshades.


Next stop: Nafco, which is like an American Home Depot or Lowes, but not nearly as big. And it is actually two separate buildings: The home improvement part and then the furniture/decorations/pet part. I actually got honked at while parking here. The parking is under the building with the big "N" cube on top of it, and Japanese back in to parking spaces. So, the station wagon is considered a "large sedan" here and has he turning radius of a semi-truck. I was internally celebrating my successful parking job and trying to extricate my self and my children from the car, when I hear this furious honking. I look up, and a small Cube car was trying to back in to the space next to me, the side I was getting out of. We must have dawdled five seconds too long. I looked at the driver to wave an apology and he was glaring at me. I glared back at Mr. Grouchy, shut my door and went around to the other side of my car. My first experience with Japanese road rage! :D


Still no lamp shade. So I took a tip from a woman I met at the Exchange and headed toward the daiso we had visited before and looked for the shopping center the woman had described. Supposedly one of these shops had inexpensive housewares that might include a lamp shade. I did find a small rug to put in front of my kitchen sink, but no lamp shades. Above the housewares store was another, even bigger, daiso. More on daiso shopping in another post. But I did want to share this gem with you:

Driving back to base, I did get stopped at a railroad crossing. Japanese law states you must stop at every railroad crossing, regardless of whether the lights are flashing or not. This time, a train did go by, and it just takes a few seconds. A feature I did appreciate were the arrows below the caution lights. It indicates which way the train is going.

So, lamp shades have proven to be as elusive as marshmallows around here. I did get a tip on a place called Mister Macs, which is similar to Wal-mart, and about 45 minutes away (but going 35 miles per hour, it's geographically not that far!). I may have to try to find that place sometime next week.

* This post has been edited after a compliant about my proofreading from the spouse. The "t" key had been sticking on my computer and I didn't catch every mistake. Hopefully this post is clean enough to smooth the spouse's dander for the time being...
Posted by Jessica Guthrie at 8:29 PM

Good Kitchen Sink Taps valve switch freely, while the use of touch is not too loose or too tight; Cheap Taps, shape to be convenient to open and close, that the use of the Waterfall Taps can easily operate http://www.cheaptap.co.uk/

It's amazing how simply changing your kitchen faucet will be like an exciting, stimulating effects found in your http://www.faucetsmarket.com/kitchen-faucets-c-22.html. The perfect combination of form and fashion, these devices have made homeowners worldwide acclaim.