Nagasaki Road Trip Part 1: Prying the spouse away from his comfort zone 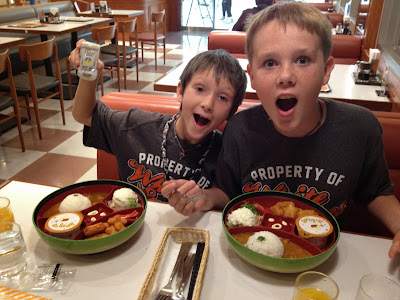 As any of you who know him have come to realize, extricating my spouse from his comfort zone (i.e. house/normal routine/TV remote control) is like untangling a strand of twinkle lights... a strand that is 1,000 bulbs long and was tangled up by a tornado. It's time consuming, tedious and frustrating, but it's not impossible, and very rewarding once the challenge has been conquered. That's basically how this vacation felt.... like a tangled strand of twinkle lights.

My oldest son, Will, 11, takes a bit after his father. He doesn't complain as much about traveling, but his displeasure at the activity results in stomach issues. He throws up every time he travels. Not, in the car, like motion sickness, but usually in the middle of the night the second night we are gone. No fever, no one else gets sick, I can almost count on it every trip ... not great for a military kid who moves and visits family a lot.

Veteran's Day weekend allows most of the military a 96... which means 4 days off. I gave Rodney fair warning more than a month in advance: we are going on a road trip to see Nagasaki and to enjoy the meager amenities Sasebo naval base has to offer that Iwakuni does not have... like a Chilis restaurant and Dunkin Donuts. I love my husband, but as the trip got closer, the whining got to a point where, as my anniversary and birthday gifts, I requested that he be in a good mood for the long weekend. No other gifts necessary. Just fake being happy for four days. That would be present enough.

We left Friday afternoon and enjoyed the 5-hour drive to Nagasaki without incident. Rodney actively attempted to be cheerful as he guided our rental car on to the Sanyo (Japanese freeways that are not at all free.. in fact it was about $5 cheaper to rent a car for four days because the tolls are free with the rental). His mood was further enhanced when the rest stop we ate dinner at also had a Starbucks. 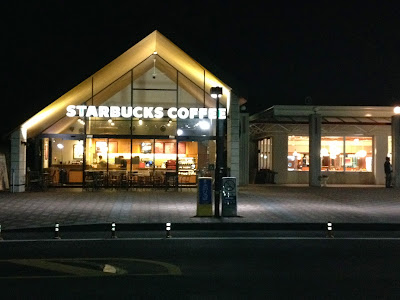 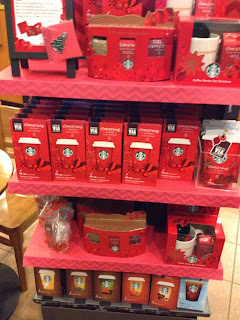 I found the rest stop choice of toilets amusing... 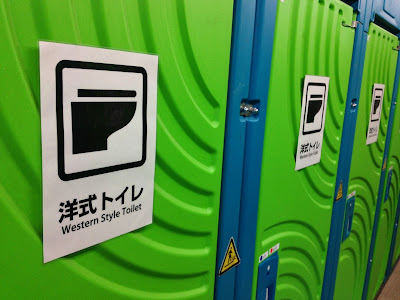 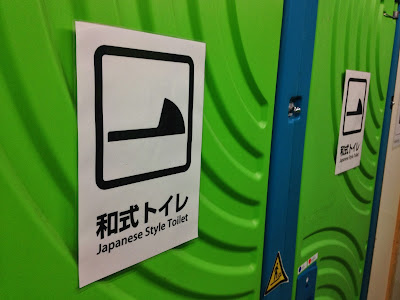 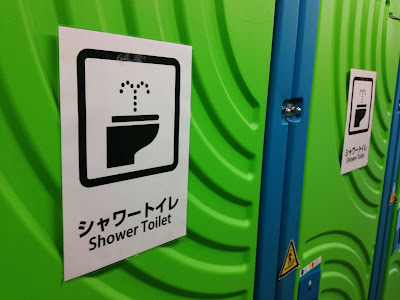 I chose the Western Style, if you were wondering. I am just not comfortable playing with the buttons of a "shower toilet" in a public restroom, although I am sure it is probably sanitary.

We got to Sasebo at about 8 p.m. We had reservations at the Crowne Plaza Nagasaki Glover Hill. I love ITT and Academy Travel on base... so helpful! The hotel was very nice, cusomer service excellent, and the breakfast buffet was included in our stay and had a huge selection of both Western and Japanese choices of food. Since most Japanese hotels charge per person, including children, we paid about $270 a night. Which is why we only stayed one night. But I wanted us to experience a Japanese hotel, so I happily plunked down the money. You would think my kids had never seen a hotel before... when the bellboy took us upstairs, the kids ooohed and aaahhed over EVERYTHING. They claimed it was even better than the Embassy Suites in Birmingham, Ala., and, coming from them, that is very high praise, indeed.

Rodney and I stayed in two separate beds. At 6' 3", Rodney was too tall for his, but I was OK at 5' 9". The mattresses were VERY firm and there was just one thick comforter. I was fine, but Rodney was hot all night. However, the complaining was kept to minimum... he was honoring my anniversary/birthday request. 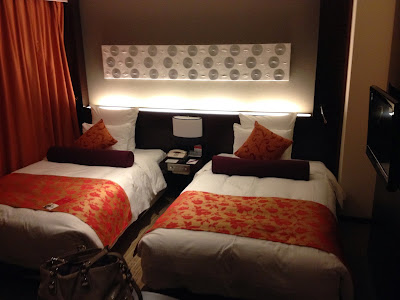 The kids had beds that flipped out of the couch, but much nicer than any flip-out couch in any American hotel I have stayed in. 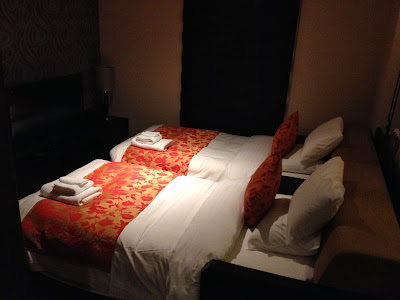 A desk with storage and refrigerator divided the room, which had two TVs. Two TVs were oddly unnecessary in my opinion, but so be it. 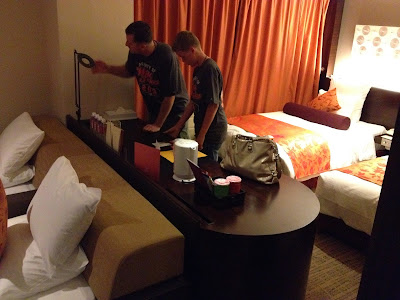 A vanity mirror flipped out of the desk. 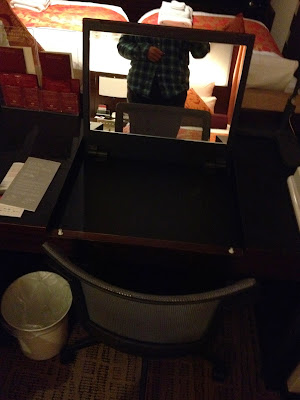 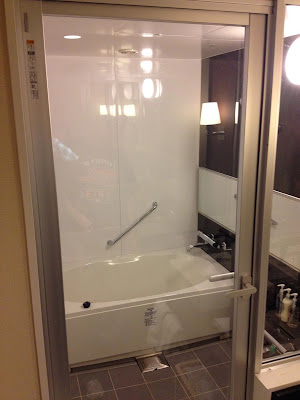 Rodney had to explain the faucets and order of things to the boys, with demonstrations. 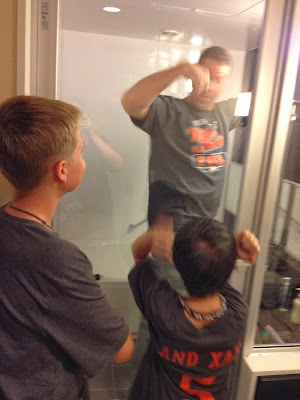 The complimentary toiletry items were plentiful. No, I did not steal them... all. I thought it was odd that there was shampoo and body wash because there were huge bottles of it in the shower. 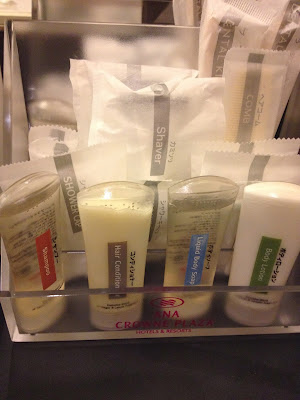 And, of course the toilet was fun. When you open the bathroom door, the toilet lid pops open and a night light comes on. When you sit on it, birds start chirping. Plus, I finally got to play with all of the buttons. I now know the difference between the "shower" and the "lady's shower." That was a fun-filled five minutes. 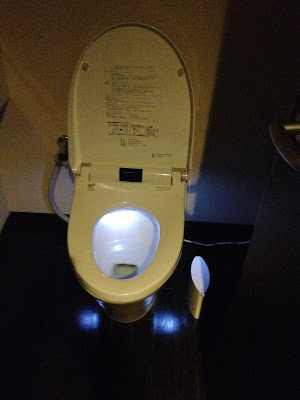 Despite the excitement, we did manage to get some sleep. Nagasaki Peace Park and Atomic Bomb Museum were the first items on the agenda the next day. To be continued...
Posted by Jessica Guthrie at 6:57 PM

With RentalCars you can find affordable car hire from over 49000 locations globally.